Announcements:
Jummah Registeration: All congregants are required to register for Jumu’ah prayers; the registration opens on Thursday noon time

Abdullahi Ahmed is originally from Somalia. He’s had the pleasure of being blessed to memorize the Quran in his early teens, which led to him leading taraweeh prayers both back at the local mosques he attended and in Durham for the past three years. He has had the pleasure of serving the Ibad Ar-Rahman community for the past couple years by both leading prayers, delivering religious sermons and teaching Quran at Al-Misbah Academy for which he currently serves as a principle.

Imam Abdullahi has mostly pursued Islamic sciences traditionally at the feet of some local scholars, such as Imam Mowlid, as well as scholars overseas in various Islamic sciences such as Arabic sciences, Islamic legal theory, Islamic jurisprudence, Quran Exegesis and sciences of hadeeth to mention some. He has had the privilege of memorizing traditional texts in various Islamic sciences and is proficient in the ten modes of recitation of the Quran. He continues to seek more interaction with scholars and learn at their feet as instructed by the prophet PBUH. Imam Abdullahi is currently completing his Bachelor’s degree in Islamic studies at Mishkah University and is seeking to pursue a Masters in Islamic Law. He also enjoys seeking secular knowledge and is completing both an Associate’s in Science and Engineering.

Imam Abdullahi has always had a passion for relating Islamic knowledge in a way geared to a diverse audience demographically and bridge the generational gap between parents and youth. He continues to utilize resources at his disposal to impact the people around him through participating in various programs both at Ibad Ar-Rahman, within the triangle and across the states.

He is happily married. In his free time, he enjoys playing sports such as soccer, speaks five languages, reading and spending quality time with family. 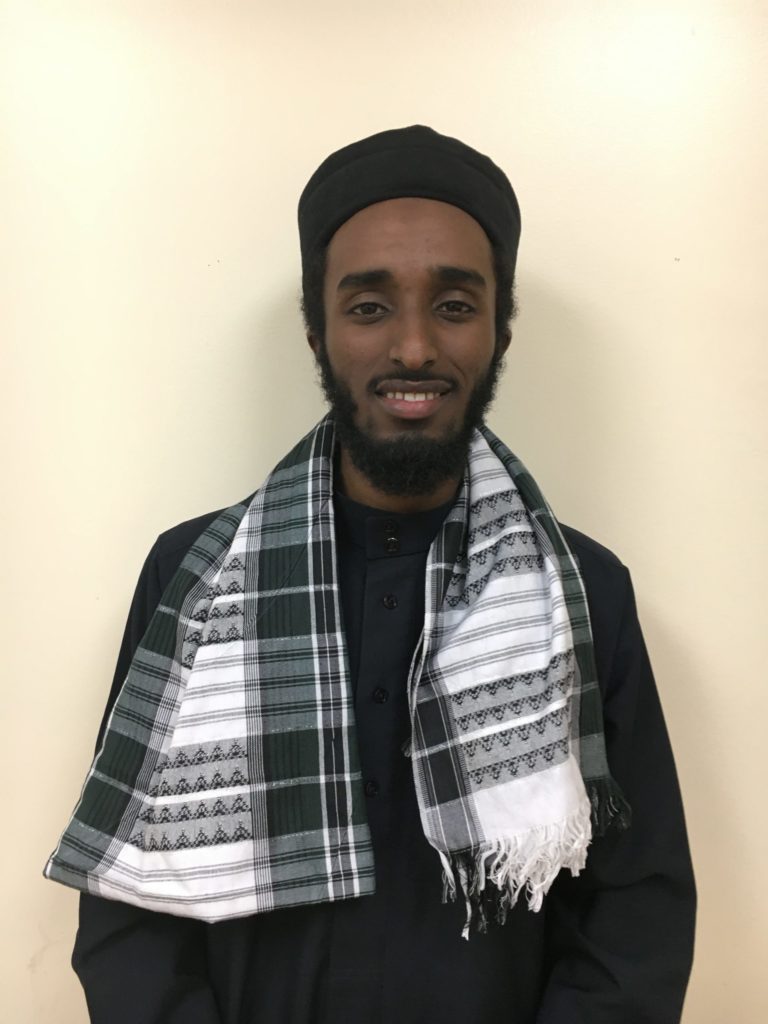